After flying for almost 30 years with Alaska Airlines, Pilot Walt Wagner was diagnosed with M.S. and quickly found himself beached.  Eventually, Alaska Airlines decided to publicly recognize Walt's long-term contributions with a retirement celebration that included a pre-flight check, taxiing around the SeaTac Airport tarmac, and wrapping up with 150 family members, close friends and co-workers joining him.

All this happened when close friend, Bob Rivers (charismatic and well-loved radio personality with The Bob Rivers Show) took his time to help make this happen.  My Angel, Lois, and I were invited to document this keystone event.  Lois boarded the Boeing 737 with Walt, and captured the celebration inside the aircraft.

At the same time, with permission from the WA State governor, I was granted the unusual permission to be shuttled out to the tarmac at the location of my choice, next to an active runway, to photograph the plane as it made its circuit, and then was given a water cannon salute.  With help, I was able to position myself to where the 737, the water cannons, and Mt. Rainier all lined up for the huge photo opportunity.

An unexpected post script, courtesy of Bob - the story and photos were picked up and published in the Smithsonian Air & Space magazine. 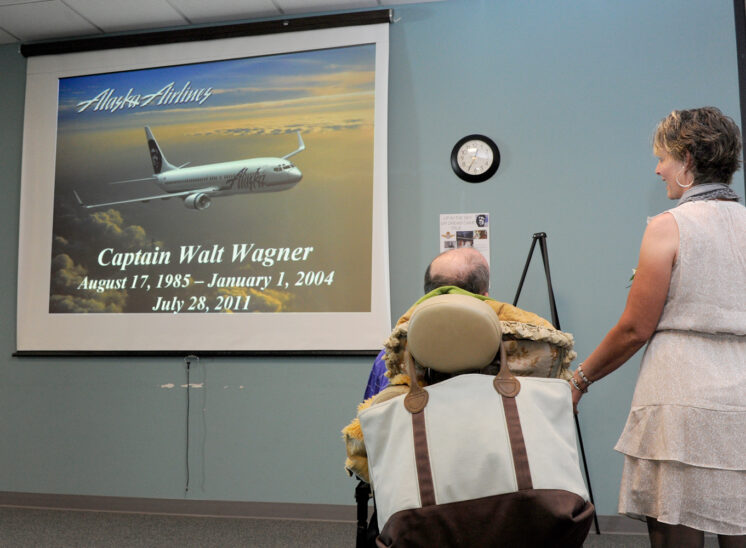 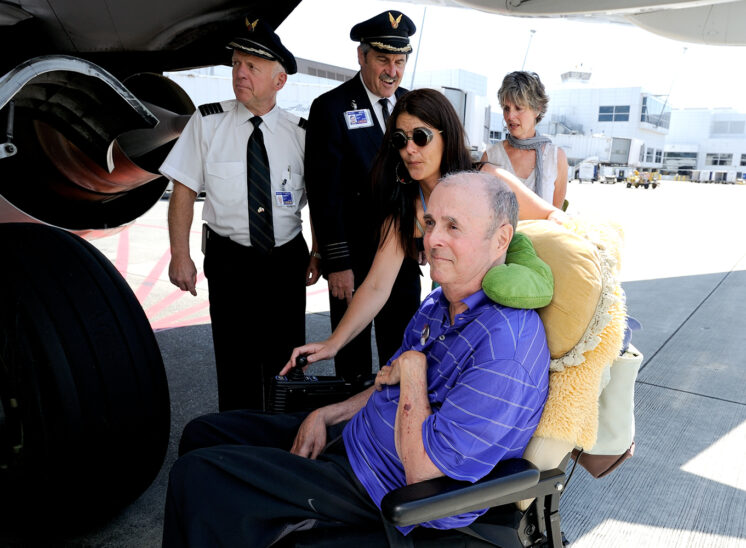 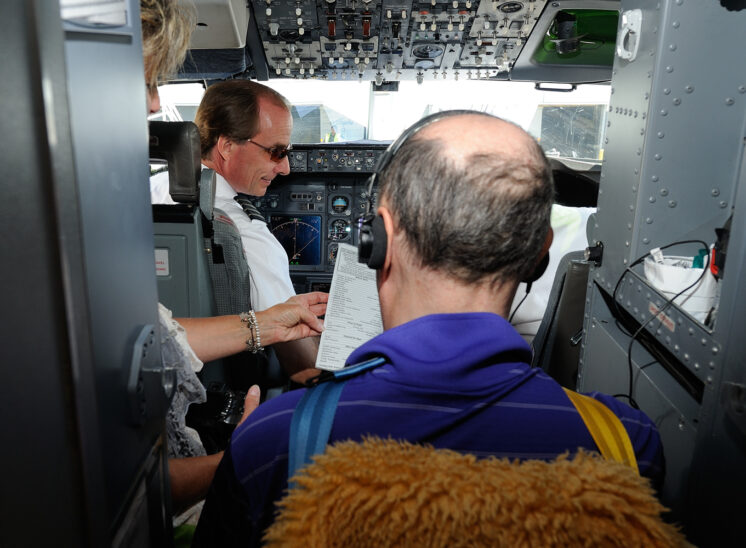 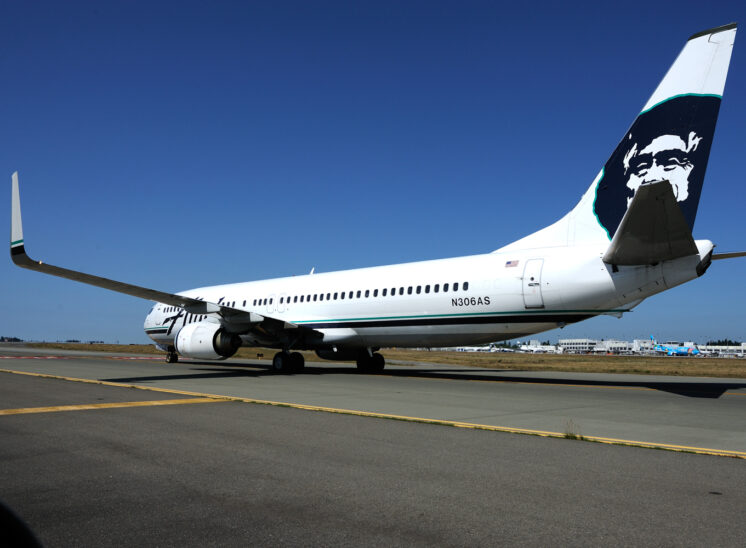 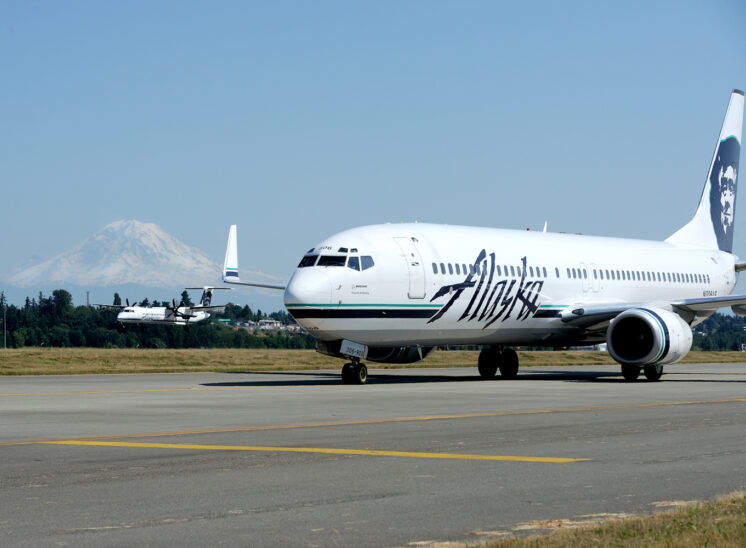 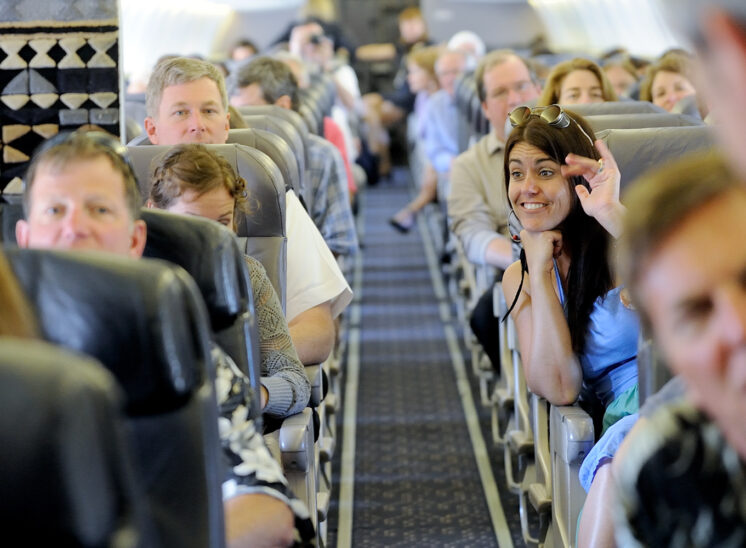 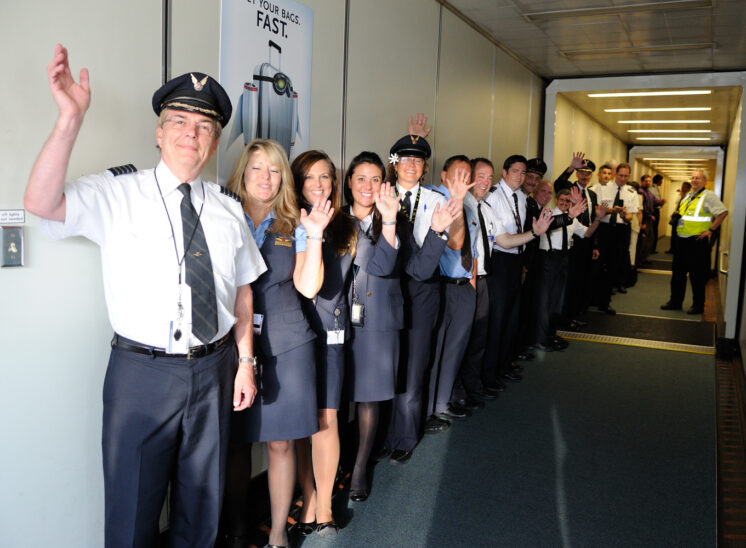 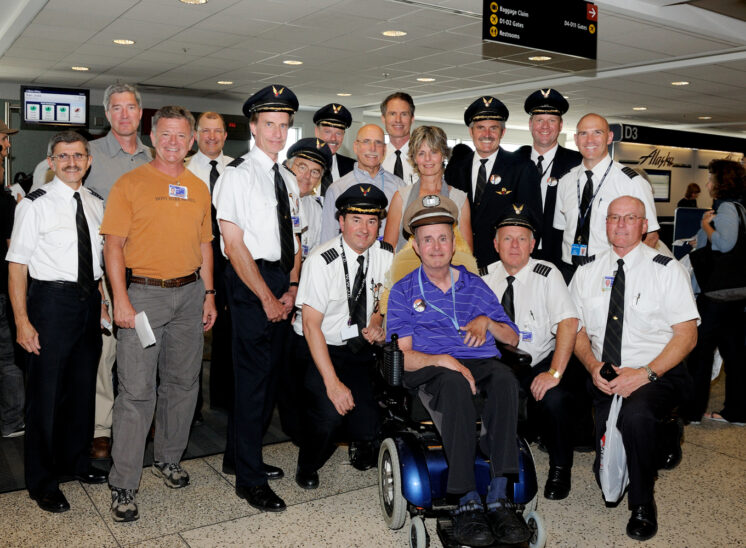 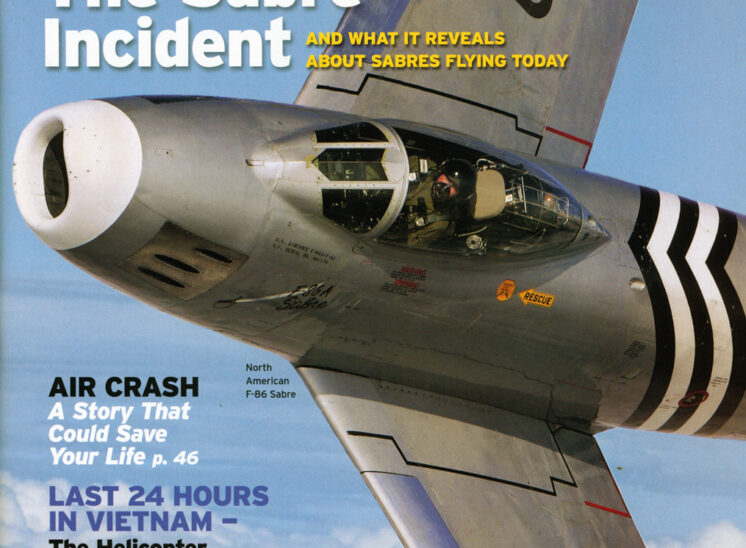 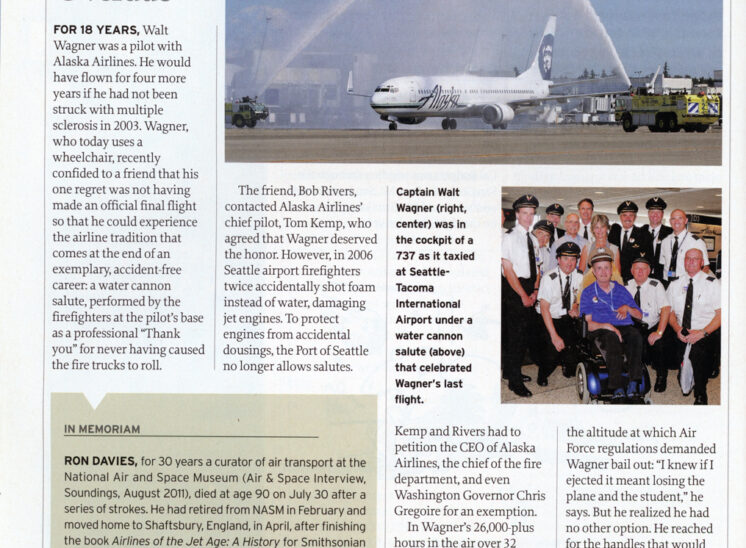